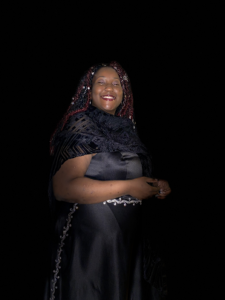 Girah Williams (daughter of DeAnna Bates) has been accepted to Bellermine University. She has also been awarded $24,000 dollars in Scholarship Funds. Three thousand dollars were provided by the YMCA Black Achievers Program where Girah served as Chaplin/ Secretary. Girah has been selected to give the opening prayer at the annual Juneteenth Mayors Luncheon for the city of Louisville.

She will graduate with an overall 3.0 GPA and plans to major in English. While attending New Albany High school Girah took classes at Prosser Career Education Center where she will be graduating with a certification in Culinary Arts. Her career goals include becoming a published author. She is now working on a teen fantasy murder mystery and has written multiple songs and poems.

Girah's hobbies include a Saturday morning radio program she hosted on WNAS 88.1 New Albany for two years Freshman and Sophomore year of high school, and attendance at a FBI teen trading academy the summer of her Junior year in high school.

If you happen to see Girah, congratulate her on her accomplishments!